Why Filter Your Water?

Australia is a first world country and its mains water is safe to drink. So why pay money to have it filtered?

Just because it’s safe doesn’t mean it is good for you, or isn’t causing some harm to some aspect of your health.

Firstly, let’s look at what’s in your water

All water sources, mains water, bore water or rain water, have a variety of chemicals, bacteria and acidity in them. Most of these unwanted bi-products are harmless in this diluted state, however, long term they can affect your health, your skin and hair, the taste of the water, its ability to clean your home, and can even cause damage to the infrastructure of your home.

Chemicals and toxins in your drinking water

Chemicals and other toxins are either added to, or remain in the water we drink whether it is from mains, rain or bore source supply.

In South Australia, we entrust water treatment facilities with the responsibility of providing safe drinking water, but they only test and regulate a stipulated number of contaminants. Some chemicals like chlorine and fluoride are deliberately added to the tap water for specific purposes including the disinfection process, which is used to rid the water of harmful micro-organisms.

Other contaminants that can be found are: lead; by-products called trihalomethanes (THMs) that form when the chlorine reacts with organic matter in the water; chromium and arsenic (which is naturally occurring in certain types of rocks and can potentially contaminate groundwater and underground reservoirs).

There are several other contamination risks that can also enter the waterways from industrial effluent directly emptied into the ground water systems or from contaminated soil.

All in all it adds up to a pretty toxic cocktail, albeit diluted.

Let’s look at the most relevant additives and chemicals found commonly in unfiltered water.

Fluoride was first introduced to Australia’s drinking water in 1953 at Beaconsfield in Tasmania. Today more than 80% of Australians consume water with fluoridation.

In South Australia, water fluoridation commenced in Adelaide in 1971. Currently 90% of the state’s communities have access to reticulated water with accepted levels of fluoride.

There is a lot of controversy on this topic. Many countries including Australia, choose to fluorinate drinking water due to the belief it acts like a repair kit for teeth. There is strong opposition though, due to the fact that fluoride can also cause damage to general health, compared to its purported benefits for dental health. The Fluoride Action Network have cited numerous studies that link several health issues to it found in the water. There are a growing number of developed countries that have earlier implemented drinking water fluoridation but in the light of new research have since stopped the practice. You may wish to undertake your own further research on this topic.

Chlorine is a chemical which comes in several forms and is used to disinfect water in salinisation treatment plants and swimming pools. The Chlorine is a pungent smelling gas known to irritate the nasal passages, but this chemical can work effectively to destroy pathogens found in water to reduce the risks of waterborne diseases such as typhoid, viral hepatitis, cholera and salmonellosis.

The downside is that it can cause many health problems, including certain types of cancer. It is commonly added either as compressed chlorine gas or liquid sodium hypochlorite solution or calcium hypochlorite in powder form.

Lead can affect our system

Lead can be found in water and old metal fixtures connecting the house supply to the mains is usually the source.

Unlike chlorine, lead dissolved in water does not cause any changes in colour, smell, or taste, so the only option is to get the tap water tested as recommended by expert.

Lead is extremely toxic, in particular it can affect the neuromuscular system and causes symptoms ranging from abdominal problems and fatigue to cognitive decline and irreversible brain damage.

By filtering your water you are able to remove these toxic chemicals, removing these potential health threats and improving the taste of your water. 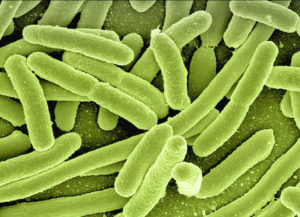 Most of the bacteria in the water we drink are completely harmless. However, bacteria commonly found in drinking water creates conditions which enable other potentially harmful bacteria to thrive. Biofilms can form on all water pipes which is totally normal and this bacterium is usually not harmful.  The problem that arises is that biofilms can also be a safe place for harmful bacteria such as Escherichia coli or Legionella to hide. Essentially creating a breeding ground for other, more harmful bacteria. If the bacterial growth is too heavy, it can break off into the water flow, which at best can make water discoloured or taste unpleasant and at worst can release more dangerous bacteria.

By filtering your drinking water you are removing this bacteria and removing this potential health threat and increases your chances of boosting your immunity, gut health and skin health.

Much of the water we use contains traces of minerals. Water is considered hard if it has a high concentration of dissolved minerals like magnesium and calcium in it. These elements are picked up by groundwater as it passes around and through soil and rocks.

Although hard water is not considered dangerous, there are some issues that make it problematic.

Hard water damage to your home

Hard water can cause skin irritations and dull hair

Water softener for cleaning and clothing

Scaling, which is the mineral deposits left behind on all surfaces are difficult to remove and can cause chemical reactions with cleaning products making them less effective and meaning more product is required to properly clean surfaces. This in turn can create more aggravation for sensitive skin.

Clothes washed in hard water also have a shorter life span due to damage done to their fibres, can look soiled, and be scratchy and coarse to touch.

The use of a water softener can eliminate these problems and provide a healthier water environment for your family.